On Thursday, MLB officially posted on Twitter that the New York Yankees and Chicago White Sox will play a game in a temporary stadium where the baseball movie, Field of Dreams, was shot at.

The game will take place August 13 of next year. The temporary ballpark will only hold 8,000 people but there will be in high demand to get tickets to this game due to the fact of this being the site of the historic 1989 movie.

“As a sport that is proud of its history linking generations, Major League Baseball is excited to bring a regular season game to the site of Field of Dreams”

Manfred continued on saying “We look forward to celebrating the movie’s enduring message of how baseball brings people together at this special cornfield in Iowa.”

This game will count as a home game for the Chicago White Sox followed by an off day on that Friday and the teams will continue their series on that Saturday.

Remember that the Field of Dreams movie was with Ray Kinsella (Kevin Costner) interacting with players from the 1919 White Sox team that were banned from baseball. 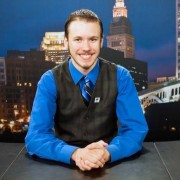 Today’s The Start Of Something Great - Detroit Lions Football

VIDEO: Alex Bregman & Others Buy A New Car and Home For Woman Who Lost It All @ABREG_1

Dillon, The Portland Pickles Mascot, Had a Little Too Much Fun During His Twitter Takeover

Longtime Mariners 3B Kyle Seager announces his retirement from baseball

How Did Cody Bellinger Get $17M Out Of The #Dodgers?