A nerve-wrecking habit of WWE is starting an angle without knowing the payoff. Professional wrestling works best when you plan from the finish to the start. “We’ll let’s do this now and worry about the end later,” isn’t a proper way to deliver compelling television. More often than not, this way of planning ends up in angles falling flat and turning away audiences instead of building and sustaining an audience. It also impacts the ability to build and sustain stars.

Currently in WWE, Erick Rowan is working a gimmick where he brings a covered cage to the ring for his squash matches. Recently, the storyline has advanced the mystery of what’s in the cage by this unknown creature biting and drawing blood on Rowan and opponents. Our very own, the undeniable Brad Shepard (send your hate tweets to @TheBradShepard; we love to see them) reported the following:

According to a source in #WWE, the current creative idea is for Erick Rowan’s cage to contain a spider. Yes, a spider lol. Apparently there’s no real rhyme or reason behind that idea, so I’m told that could change before the reveal.

But we aren’t here to talk about Rowan and his stupid spider. Let’s look at one of WWE’s most infamous missed opportunities, a perfect example of booking with no payoff in mind, the who hit “Stone Cold” Steve Austin storyline.

By the middle of 1999, we are deep into the Attitude Era and the Monday Night Wars. At this point, the WWE was winning constantly in the ratings against World Championship Wrestling (WCW) and the gap was wide! Austin was at the peak of his career; although the Rock had grown tremendously in popularity, Austin was still the meal ticket of WWE. At Survivor Series 1999, Austin was to scheduled to compete for the WWE Championship against champion Triple H and the Rock in a triple threat match. Austin had been experiencing severe back pain and numbness in his limbs which were caused by a bone spur on the C4 vertebra, putting pressure on his spine. Of course the injury was due to years of playing football and participating in professional wrestling but it was aggravated during his SummerSlam 1997 match for the Intercontinental Championship against the late, great Owen Hart. During that match, Hart picked up Austin for a sit-down piledriver, and unfortunately for Austin, the move was unprotected leading to Austin being dropped on his head resulting in his hands and limbs becoming numb.

Due to the severity of the injury, the decision was made for Austin to be pulled from the Survivor Series match and undergo surgery that cast doubt on if he would ever return as an in-ring performer. Jim Ross, at the time, was the play by play announcer for Monday Night Raw and served as the Vice President for Talent Relations; in regards to Austin’s injury and surgery Ross said, “They think that the surgery will relieve the pressure on his spinal cord and Steve will at least have a fighting chance to resume what he’s been doing. Even if after the surgery the doctor thinks it would be better for him not to wrestle, there’s no doubt in our minds that he would still assume a huge role on our television broadcast.”

So Austin can’t compete… Now the WWE has to figure out how to pull Stone Cold out of the match and write him off television. Instead of simply announcing that Austin was injured and couldn’t compete, they go full WWE and HIT THAT MUTHAFUCKA WITH A CAR!! After the Big Show faced the Big Boss Man, Prince Albert, Mideon and Viscera in a handicap Survivor Series match (God awful by the way), Triple H interrupted an interview with Austin which caused Austin to chase Triple H in the backstage area until a car drove up and ran down Austin at high speed. Vince McMahon blamed Triple H and DX for the attack, which they denied involvement. Austin was loaded into an ambulance and Big Show was named as his replacement in the match, which he would go on to pin Triple H in the main event to become WWE Champion.

Fast forward to Austin’s return in the Fall of 2000. Now that WWE knows that Austin can return and compete, now they have to finish what they started at Survivor Series 1999; someone can’t hit the mighty “Stone Cold” Steve Austin with a car and get away with it… Problem was, they had no plan back in November 1999 and in October 2000 and there’s still no plan!

We all know the story… Austin goes on a lame hunt to track down the person who hit him. He questions everyone, which most of the time ends with a Stone Cold Stunner. All along the main people who were questioned were the Rock and Triple H. Obviously because Triple H and DX were on the scene when the incident occurred, but now, all of a sudden, the car that hit Austin was Rock’s rental car!

Ultimately, it was revealed that Rikishi, the lovable, dancing fat man, was the man that hit Austin with Rock’s rental car. Even though Rikishi wasn’t an active member of the roster at that time, he still did it for the Rock and did it for his people!

When the Rikishi heel turn ultimately falls flat, WWE has to save face right? So what do they do? They take Triple H, who at the time was involved in an entertaining feud with Kurt Angle and on the verge of a potential big babyface turn, and reveal him as the mastermind of incident. So now Rikishi did it for the Rock, his people and because Triple H asked him, and you are also telling your audience that the then, reigning and defending 2-time WWE Champion felt compelled to hit someone with a car to his benefit? None of this makes sense!

WWE didn’t know what to do with the predicament they placed themselves in with this storyline; quite honestly, they fumbled the Austin character from the time he came back until he walked out in 2002.

Who made his debut the night that Austin was hit by the car? Kurt Angle.

In Austin’s absence, who ascended the card, went on a undefeated streak, won both the Intercontinental and European Championshps, and was crowned the winner of the King of the Ring tournament? Kurt Angle.

When Austin returned at No Way Out 2000, who won his first WWE Championship that night? Kurt Angle.

Who could you really say gained the most in Austin’s absence? It was starring WWE in the face the entire time… Kurt Angle should’ve been revealed as the person who ran down Austin with a car at Survivor Series 1999.

Angle is the new guy coming in and he wants to be the top guy. He eliminates the company’s top guy and then goes on his historic first-year run. Nothing else made more sense and WWE missed it!

What impact could this have had on WrestleMania X7, which many consider as one, if not the best WrestleMania of all time? After the “whodunit” routine concluding with Angle being revealed as the culprit, Austin and Angle could have engaged in a 3-month, 3-match feud from November 2000 to January 2001. A Survivor Series match between the two could’ve ended in a no contest, the Armageddon rematch could’ve had a screwy finish with Angle escaping with the championship, and the feud could conclude at the Royal Rumble in a gimmick match with Austin finally defeating Angle and winning the WWE Championship.

Angle could move on to feud with a babyface Triple H leading to a WrestleMania. Instead of Angle facing Chris Benoit and Triple H facing Undertaker, Undertaker and Chris Benoit in an all out brawl would have given us a match on the big stage that we never got to see.

Meanwhile, the Rock wins the Royal Rumble which sets up the rematch of WrestleMania 15 with Austin; this time with Austin walking in as champion in a babyface vs. babyface match. The Rock still doesn’t have to win at X7, but he’s also not the transitional champion he ended up being.

If you are going to hit your top guy with a fucking car, at least have a plan to make your top guy come back strong with a memorable storyline. Instead of Austin’s return going down as a big moment, it is only remembered as a punchline and one of the biggest missed opportunities in professional wrestling. 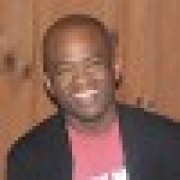