Let’s take a brief trip down memory lane, shall we?

Just back to 2006, a short 13 years ago. For mid-90s babies such as myself, and all fans that are older, it’s a not so distant memory, fresh in our minds. Professional sports were at an all-time-high in my beloved city of Detroit, with seemingly nothing but promise and potential on the horizon.

The Pistons were short removed from an NBA Championship, over the seemingly unbeatable LA Lakers, and the memorable cast of misfit toys (Chauncey, RIP Hamilton, Big Ben, and Rasheed) were still winning 60-plus games year in and year out, and competing for a trip to the finals with the likes of a Dwyane Wade led Heat team (the eventual champs), and a young LeBron led Cavs team, whom they defeated in a memorable 7 game semi-final series.

Meanwhile the Detroit Tigers were showing out as we watched Magglio Ordonez trot around the bases, fist raised, after hitting a series-winning walk-off homer against the Athletics, sending us to our first World Series of my lifetime. The likes of Brandon Inge, Curtis Granderson, Justin Verlander, and Joel Zumaya made up a young cast that was sure to produce years of division dominance and a title back in the D.

Downtown wasn’t only seeing success with the Tigers; the Red Wings were in the midst of a two-decade span in which they dominated the division, but their conference, and brought home 4 Stanley Cup titles. I could sit here and tell you we’ll someday see another era of Red Wing hockey similar to that one, but I mean, come on; Chelios, Shannahan, Brett Hull, Lidstrom, Hasek, Datsyuk, Samuelsson, YZERMAN. It’ll never be matched. Those Babcock coached teams single handedly resulted in my hockey fandom.

And although the Detroit Lions were in a necessary rebuild following the failed experiment that was Joey Harrington, there were pieces to be build around! A promising Ernie Sims, Roy Williams, and an incoming Calvin Johnson gave Lions fans reasons to believe their time was coming. All in all, there had never been a more enjoyable time to be a professional sports fan in the D. And then…well, it all went to shit, really really fast.

Shall we start with the team that has never really managed to figure it out? The Detroit Lions become the laughing stock of the division the moment Barry Sanders retired. And to put it frankly they’ve never removed themselves from six layers of dog crap at the bottom of the NFL since. Fans my age have NEVER watched this team win a playoff game, or really even compete in one. Years of Matt Millen draft picks and awful free agency decisions have put the Lions in what feels like a never ending rebuild. Matt Stafford to Calvin Johnson was supposed to change it. Having the most shut down corner in the league (Darius Slay) was supposed to change it. Savvy vets with playoff experience (Ngata, Reggie Busch, Prater, etc.) were supposed to change it. Yet here we sit, two decades later, and it just has not gotten better. Sure there’s hope right now; Kerryon Johnson looks great, Stafford is here long term, the defense looks improved. So I’m not saying it won’t get better…I just wouldn’t hold your breath.

So surely, the Lions alone were enough torture for Detroit fans to endure correct? Oh, no, my friend. In fact that isn’t even CLOSE to the collapses the other three franchises have experienced. Let us begin with those Red Wings. In the first decade following the Yzerman era, we’ve managed one division championship, and 0 trips to the Stanley Cup. We lost the longest playoff appearance streak in all of professional sports. We’ve had superstars go back to Russia instead of sticking it out with this franchise, and most recently missed the playoffs for a third consecutive season. And much like the Lions, there are reasons to be optimistic; high draft picks have granted us a talented young core, and STEVE IS BACK! So I’m not saying it won’t get better, I just hope you didn’t start holding your breath.

What about the Pistons, you ask? Well, their demise was abrupt and downright awful. Shortly following the 2006 season, the nucleus that brought the city a title fell apart. Joe Dumars did his absolute best to destroy this franchise with terrible terrible contracts to washed up veterans (Josh Smith, Allen Iverson, Ben Gordon, Charlie Villanueva), and damn it, he pulled it off. Pistons fans have sat through ten years of basketball without watching the team win a playoff game. No, not a playoff series. One. Single. Game. And here’s the one silver lining in this otherwise treacherous story; things are looking up. Andre and Blake makeup the best frontline duo in the division, and young pieces with new acquisition of Derrick Rose should allow the Pistons to win a game or two in the playoffs this year. But in a four sport market with such rich history, is that truly the mark of success? We want Larry Brown led teams making deep playoff runs. I’m not saying it won’t get better…but if you hold you’re still holding your breath you’ve either passed out or you must be a quick reader.

Now SURELY it isn’t all bad right? All of those young arms in the Tigers rotation, and a few all-star acquisitions like Miggy and Victor Martinez allowed the Tigers to build a baseball dynasty in Detroit, right? Oh how I wish that were true. Of the four franchises the Tigers certainly enjoyed the most recent success, with division titles in 2011, 2012, 2013 and 2014, as well as another World Series trip in 2012. However since then, it’s been as bad as it could possibly get. Of that 2012 team, only ONE player still makes the every day roster. And he (Miguel Cabrera) is absolutely robbing the organization with one of the worst contracts in all of baseball. It’s gotten so bad that this years installment more closely resembles a AA roster than an MLB team. Currently more than 20 games below .500 prior to the all star break, it seems as if the Tigers are incapable of sinking any lower than thy already have. Any case for optimism here? Casey Mize is in the farm system and the club should continue to get crazy good draft picks due to such a god awful product on the field. So finally, I’m not saying it won’t get better, but damn you’ve got better odds of hopping on the Astros bandwagon than trying to ride it out with this squad.

So what can we, as a fan base learn?

Well for starters we are some die-hard pro sports fans. Despite just how bad all of these teams are, my favorite conversations are often with other Detroit sports fans; and we are all brutally optimistic. Every summer I await the Lions fans dreaming of a playoff win, or Pistons fans asking for a hosted playoff series. Who know, maybe 2020 is the year these franchises start to figure it out. But until then, we’ll continue to sulk in how dreadful these teams have become in such a short period of time. Enjoy your championship parades, Boston and Toronto fans. Us Detroiters will be sitting her….waiting….turning blue in the face due to lack of oxygen. 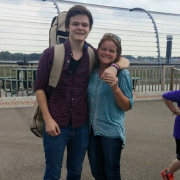 A Thank You To Glover Quin - Forever a Lion

Dan Campbell was ELECTRIC on The Pat McAfee Show