When it comes to the most promising quarterback for this seasons NFL draft, Alabama’s Tua Tagovailoa was likely to be the first choice for the 2020 NFL Draft. However, things have changed after he suffered a hip injury last year.

In the current prospect rankings, Joe Burrow of LSU owns the top place and perhaps the first one to be selected on Draft day. Let’s get to know more about the four of the best quarterbacks who have the potential and abilities to join the National Football League this 2020.

Louisiana State University Tigers’ Joe Burrow owns the top spot for this year’s NFL Draft Quarterback rankings. He has a wide range of abilities- from decision making to accuracy- making him deserving of the top spot.

Weighing 221 pounds, with a height of 6 ft. 4 inches, most football analysts and sports experts believe that Burrow has the ideal build to become the next NFL star quarterback.

Aside from his physical advantage, this LSU’s QB also has elite football intelligence and can read defenses very well. He can get the ball out quickly with his accuracy and right timing.

On top of that, his ability to stay calm under pressure is one of the best traits that make him ready to be a rookie starter for the National Football League. Burrow may not have the strongest arm and may lack elite throwing ability, but those are just minor factors in an overall impressive package.

Tua Tagovailoa is the left-handed quarterback of the Alabama Crimson Tide. He has overflowing talent and is one of the top prospects for the upcoming 2020 NFL Draft picks. As the number one high school player coming out of Hawaii, he received offers from Ole Miss, USC, UCLA, Nebraska, Texas Tech, and Utah. However, he declined these opportunities and decided to enroll at the University of Alabama.

As a freshman, Tua was given a star that led the team to the national title in a comeback win against Georgia. In 2018, he threw for 3,946 yards with 42 touchdowns against six interceptions, earning a score of 137.5. Meanwhile, for last year’s season, he completed 71.2 percent of his throws for 2,835 yards and had 33 touchdowns versus three interceptions.

Moreover, it was also last year when Tua got injured and dislocated his right hip. He suffered from posterior wall fracture and underwent surgery last November. Because of this incident, Alabama’s star quarterback missed his chance to perform at the combine.

However, this has not been a hindrance for him to take part in the 85th NFL Draft. The football analysts still believe that despite Tua’s injury, his crisp release and exceptional passing mechanics will always make him a perfect fit as a new offense for the West Coast.

The third quarterback prospect on the list is Oregon’s Justin Herbert. He was a three-star recruit from Sheldon High School and was also a varsity player in baseball, basketball, and football. Herbert declined offers from Nevada, Montana, and Portland state to enroll in the University of Oregon, where he grew up rooting for as a child.

Furthermore, Oregon’s QB got plenty of athleticism and is known for his strong arm. In four seasons, he threw for 10,541 yards, completing 95 touchdowns against 23 interceptions. Screens magnified Herbert’s yardage total, but he had a 102.2 passer rating when he’s under pressure.

Jordan Love is Utah State’s star quarterback who ranked 101st in the turn-over worthy play rate last season. He was a three-star recruit from Liberty High School in California and received an offer from Northern Colorado, Northern Arizona, Sacramento State, and Eastern Washington. However, Love turned down these offers to enroll at Utah State University.

On top of that, this Anggie QB, who stands 6 ft. 4 inches and weighs 225 pounds, put up great numbers during the Mountain West Conference at Utah State. He completed 61.2% of his throws for 8,600 yards with 60 touchdowns versus 29 interceptions for three years.

Love has an NFL-ready arm and mobility that makes him a good fit in any offense. Aside from that, he also shows better touch compared to other passers who have powerful arms. With that, he can have an advantageous position to attack the middle of the field when he reaches the National Football League.

Despite the COVID-19 pandemic, the 2020 NFL Draft will still take place in as planned. Football fans, both old and new, have been waiting for this event since last year. And with the world on the lookout, the players listed above have proven that they can be the next NFL star quarterback. 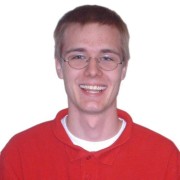 5 NFL Rookies To Look Out For

5 NFL Rookies To Look Out For

Will we have sports in June? The PGA is planning on it!

A Man Donated His Kidney To Save His Girlfriends Mother; Only For Her To Break Up With Him One Month Later, And Marry Someone Else