The Houston Astros not only broke the trust of the entire baseball world but they did with an air of cockiness that is second to none. Players and fans alike must unite and make the upcoming campaign an absolute nightmare for the entire organization every time they step foot on a diamond in 2020.

I honestly hope the Astros break the MLB single-season record for being hit by pitches. I pray all 29 opposing ballparks are hostile enemy territory for them in 2020 and that they fail miserably in every aspect of the game.

Alex Bregman and company thought they were bigger than the game, they taunted and ridiculed teams who accused them of cheating leading up to the scandal unveiling and didn’t have the intestinal fortitude to fall on their sword when presented with the opportunity. For that, there is no forgiving.

The scope of the cheating can be seen by the way the other 29 teams have joined forces to express their discontent and hate toward the Astros. In the above podcast CC Sabathia

, Trevor Bauer, and Sonny Gray spoke about the Astros, their cockiness and the united front the major league has taken versus them. It is well worth the listen.

There is no questioning that the cheating evolved from trash can banging to jersey buzzers and whatever other electronic means they could come up with to gain an advantage on their competition.

Remember, the Astros had no intention of stopping but they got caught. They are cheaters, a black mark on baseball history and should be reminded daily.

The Houston Asterisks should unquestionably be stripped of their 2017 title or at the very least have to forfeit their championship rings. In the meantime, I hope it rains beanballs on them from now until the end of eternity. 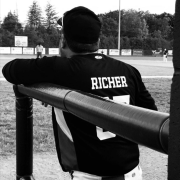