If you’re an NBA fan like me, the past twenty four hours have been like Christmas in July. The NBA free agency period is unrivaled in sports. Among the most surprising presents on Day 1 was the announcement that Kevin Durant had decided to leave a considerable amount of money on the table from the Warriors and sign with the Brooklyn Nets, joining apparent fast friend Kyrie Irving.

As Nets fans rejoiced, New York Knick fans have revolted. Despite losing the “Zion Sweepstakes” in the Draft Lottery, New York still ended up with RJ Barrett (a considerable consolation prize) and they had been the assumed destination for Durant since December. Then came word of Durant choosing to shun the Knicks in favor of the Nets. Then, a following news cycle claiming that the Knicks would not offer Durant a full max contract offer due to concerns about his Achilles injury. This report was later refuted, but that hasn’t done much to quell fans’ discontent.

It seems a given that Durant and Irving were a package. They had decided a while ago that they would go to the same team this summer. It has also been reported that the Knicks did indeed offer, or at least had no issues in offering, a max contract to Durant. Knick fans should consider that it was Irving that the front office had concerns about, both in terms of paying max money to and in terms of team chemistry and growth.

Regardless of how this free agency period turned out for them, the Knicks knew they would be without Kevin Durant next year, one way or the other. So let’s assume Durant had picked the Knicks. Had the Knicks signed Durant, his injury would keep him on the sidelines for the majority of the 2019-2020 season, if not its entirety. The Knicks also could assume that signing Durant probably also meant signing Kyrie Irving. Which would mean that, at least next year, the Knicks would be “Kyrie’s team.” So it is understandable that the Knicks had to consider, in the big picture, what the effect on the team would be having to hand the keys to the car over to Kyrie for a year. And while holding out hope that Durant would be able to return back to form the following year (not a given), there would then be the concern that the transition of control from Kyrie to Kevin would go smoothly.

So Knick fans- I know the Knicks’ front office doesn’t have a stellar track record. But what in Kyrie Irving’s past would make you confident that this scenario would work out well?

He couldn’t make it work alone in Cleveland. Then he couldn’t keep making it work there with LeBron and wanted out. Then he went to Boston, where the Celtics made and thrived in the playoffs without him, and self destructed this year with him. He has been a malcontent at best and a team cancer at worst in every scenario he’s been in. Maybe it wasn’t a trend the Knicks thought could be broken. Or at least they didn’t want to be the next Kyrie test case. It sounds like the Knicks might have wanted Durant, but not Kyrie, and Durant chose friendship over a preferred franchise.

The Knicks do have a roster of young potential- Dennis Smith, Jr., Kevin Knox, and RJ Barrett among them. Would you be confident putting them under the Kyrie Irving learning tree? His presence might have set the core of the roster back another year or two, a year or two Kevin Durant might not have to spend to help them recover from, especially considering the possible effects of his injury. The Knicks have no choice at this point than to have faith in that young potential, but a year with Kyrie Irving at the helm may have squelched the development of that youth movement before it had a chance to really even begin. Just ask Jayson Tatum.

Yes, it has been a rough twenty four hours for Knicks fans. Missing out on Kevin Durant was a punch in the gut. But maybe the benefits of getting Durant for 2020 weren’t worth the damage that could have been done by Kyrie Irving in 2019. Maybe we should give the Knicks front office just one more benefit of the doubt. Maybe. 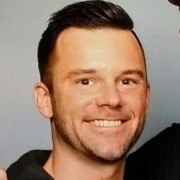