Though it was a hard fought battle, the Indiana Pacers could not beat the Boston Celtics. The Pacers truly showed what it meant to play with grit knowing their best player was some guy with a name I will not ever try to pronounce in public. The MVP of this game had to go Al Horford producing 12 points and 12 rebounds on the offensive side, while keeping the Pacers big man Myles Turner at bay with only 13 points and 7 rebounds. With their win today, the Boston Celtics are the first team to make it to the 2nd round of the NBA playoffs. Today’s win marks Boston Celtics sixth sweep in franchise history.

You really have to feel bad for those poor Pacer fans. At the beginning of the season, they genuinely believe that this is their year. They will go on for hours about how they know this season will be different. They follow the team through the highs and the lows, boasting about their strengths while ignoring their obvious shortcomings. No state has as much confidence in their team as Indiana does. It is truly beautiful the amount of ignorance they have and it breaks my heart to see all their dreams crushed. Year in and year out the Pacers will build up the states hope, only to have that hope ripped away with a Tianna Trump level choke job. Thots and prayers Indiana fans, football are just around the corner.

The Celtics will play the winner of the Bucks vs. Pistons. With the series at 3-0, My bet is on Giannis and Milwaukee finishing off the Detroit, but do not tell Trev that. 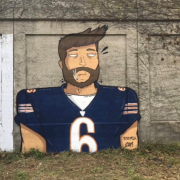 Only Hours Left To Get Your NEW LIMITED TIME Mr. Beast Mystery Tees

Watch: Magic Johnson on his role with Lakers After Quitting - "I'm still helping LA, It's Like I Never Left"

These refs have to be rooting for the Bucks