"Maybe Dallas wins a first round playoff game at home, who knows? I'm not saying Andy Dalton is Dak, but he is not bad. Patrick Peterson is dangerously dismissing Andy Dalton, he called him 'a serviceable backup.'"@RealSkipBayless pic.twitter.com/scQRTdlg0U

This man has made a “career” of just saying the most outrageously stupid things about sports. For some reason he has a following of cronies that listens to this bullshit he spews. All he has done is bashed Dak, but now Dalton is here as the savior? WTF? Here are some other real great takes from Skip.

I'm sorry, but Von Miller is OVERRATED. I didn't love him at A&M – disappeared in too many big games. And HE'S Denver's real MVP? Huh?

Derek Fisher will prove to be a much better NBA head coach than Steve Kerr.

He is actually a moron! Just saying stupid shit to get clicks about amazing players. Well maybe he’s a genius because we keep clicking and we keep watching this idiot. How about we stop letting this idiot get away with saying Lebron is overrated. That Avon Miller is overhyped, that Andy Fucking Dalton can save the Cowboys. Please people. Think!!! 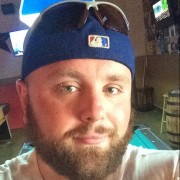 The Significance Of Din Djarin’s New Weapon In The Mandalorian