Remember back in the summer? When all the talk was about Paul George being traded to the Lakers?

And all the reports indicated that PG13 wanted to play for LALA Land? Well, George might have been traded to the Thunder, but it is still the worst kept secret in the league that Paul George still wants to play for the Lake Show.

His co-star, Russell Westbrook is averaging nearly a triple-double once again with 22.0ppg, 9.2rpg, and 9.7apg while Carmelo Anthony the other star of OKC’s “Big Three”, added to the team stats with 18.7ppg, 6.2rpg, and 1.6apg.


Put together, the “Big Three” are averaging around 40% from the field. Stat-wise, and with such big names leading the team OKC looked like they were a team to be reckoned with. But sadly that’s not the case.

They have underperformed in all the aspects of the game.

Last year, on December 4th, the Thunder had a record of 13-8. That was with a team that was lead by Westbrook alone. Fast forward to this season and the Thunder have an under .500 record of 10-12. A team that on paper is stacked, yet they have fewer games won than when Westbrook was the lone ranger.

Losing to teams that they should be winning against. What’s the problem you might ask?

Not enough ball for three Alpha male players to go around. In 22 games, the “Big Three” have averaged 71.4 touches per game, that doesn’t seem like a big deal but put together with the rest of the team, the player that gets closest to that average is 36.9, that player is Steven Adams. Carmelo Anthony with 61.5, Paul George 57.3 with, and Russell Westbrook 95.4. the ball is simply not enough for the team. Not enough to go around for the “Big Three”.

Coming into the season, everybody knew that this was a one year experiment, that the team needed to mesh quickly in order for any of the “loaned” stars to stay. And they are not, the Thunder are looking like they are having more and more problems (insert Russell Westbrook’s recent game where he stayed sitting at the bench frustrated after a loss). The team is looking lost at this point. 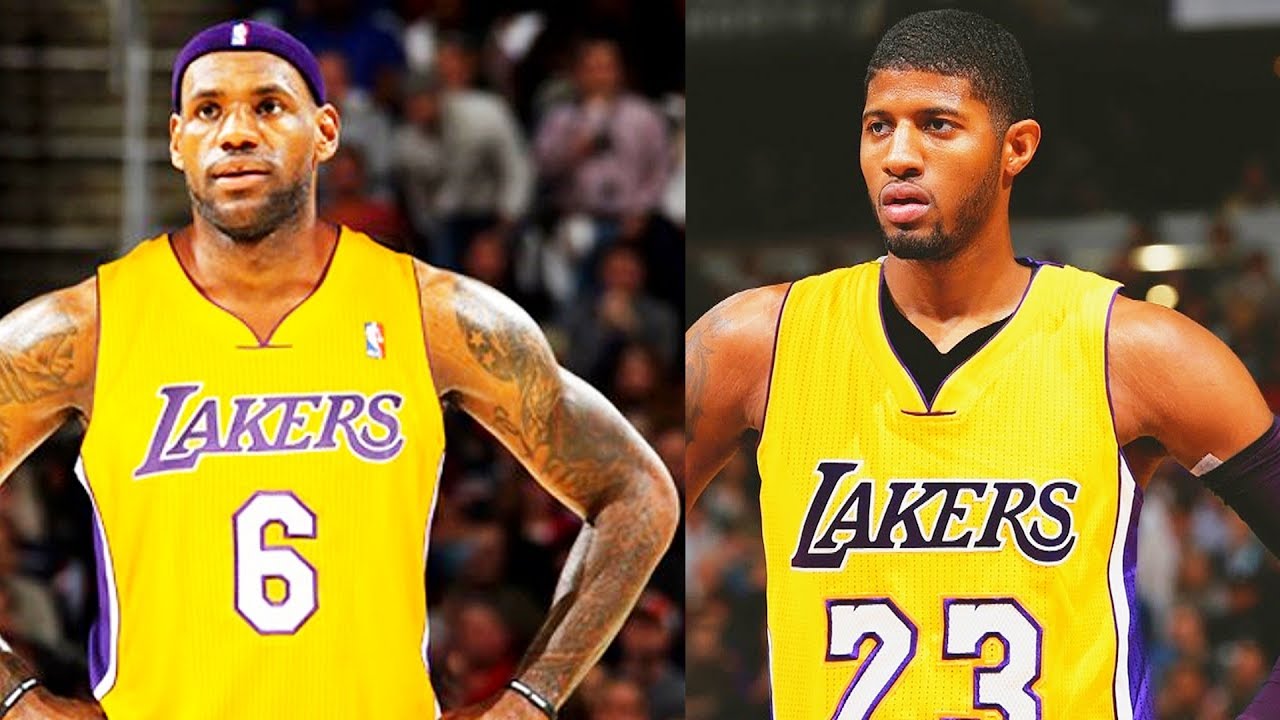 Where does the Lakers have to play in all this? The LA Lakers are looking like a real promising team that’s short of a star.. or two (I’m looking at you LeBron). The team is being lead at scoring by Kyle Kuzma and Brandon Ingram.

A rookie that is a top 3 contender for Rookie of the year, and a young Brandon Ingram that is slowly but surely looking like he is flourishing into a star.

That along with Randle, Clarkson (who is putting a strong case for sixth man of the year early into the season), Lonzo Ball, who even though is struggling at scoring, is a great pass first rookie, a high name profile rookie, and Kentavious Caldwell-Pope emerging to be exactly what the Lakers were looking for in a role player. The Lakers are playing with hunger.

The Lake-Show young core is looking attractive to players like George and *COUGH* LeBron *COUGH*, and even though we might all speculate about what might happen next summer in the league, there is one thing that is almost for certain, PG13 still wants to play for LAL, the pawns are laying in the table perfectly for a player like PG13 to take over, or partially take over, with LeBron James wanting to go to the Lakers next season being another of the worst kept secrets of the league. But that my friends, is for another article.