Award winning posted hosted on Barstool Sports podcast network, Pardon My Take which is hosted by Dan Katz ‘Big Cat’ and PFTCommenter decided to troll the Internet with NBA star Blake Griffin by having him tweet out  👀 and NBA Twitter thought for sure Griffin was being traded.

Once I saw the tweet and the responses I got a little scared, but I didn’t even tweet about it because I figured he wasn’t going anywhere. Blake means a ton to Detroit.

Blake of THE YEAR.

Here are some replies from the Internet:

Heard on the radio that Detroit and the Hawks are discussing in Blake Griffin trade* – By detroitbry June 3,

Why did Blake Griffin use 👀 Sunday? My favorite Twitter Detective deciphering is Trae Young’s tweet about an hour later, meaning the Pistons and Hawks made a trade. Pure speculation but I need to know whenever 👀 are on the internet. pic.twitter.com/xxjI7xNrdL

If we trade Blake I’m done with this team

If the Blake Griffin trade rumors are confirmed he definitely earned his way out of Detroit and we will wish him the best. I’d be sad about Andre and Reggie still being here though. 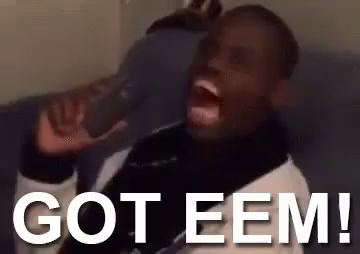