With the (virtual) NFL Draft coming soon, it’s the time of year where fans roast or praise prior draft picks, whether the players deserve it or not. On this day in 2002, the brand spanking new Houston Texans officially drafted Fresno State legend, David Carr. Everyone knew he was going to be a Houston Texan, he even agreed to a contract with Houston before the draft. He was seen as a sure-fire franchise quarterback, with plus accuracy and leadership that seemed perfect for the young Texans. Sadly, the Texans forgot to supply him with anything that gives a QB a chance to succeed. In his rookie year, he was sacked 76 times, a record for any QB. This record still stands by the way. He also recovered 12 of his own fumbles from those sacks, another record. That’s fucking sad.

His tenure with the Texans would be much of the same. He was the season sacked leader in 2004, with 49. Despite this, he still threw for 3,531 yards and 16 touchdowns. 2005 was even worse, as he was sacked 68 times, good for 3rd on the single-season sacked record. The Texans had a putrid record of 2-14 and a nonexistent offensive line. The picture-perfect definition of dog ass. Carr always had his signature pinpoint accuracy, as was the case in 2006, when he was the NFL completion percentage leader at 68.9% (just .1 away from nice status). He even tied the single-game NFL record for consecutive completions (22). He was still sacked 41 times. As with any shitty team, the QB is the first to blame so he was ditched for Matt Schaub. Schaub would benefit from a prime Andre Johnson, a much better o-line, and a dominant running game thanks to Arian Foster. What’s ironic is that Schaub would back up David’s younger brother Derek in Oakland in 2014 after plunging down the toilet production-wise (he threw a pick-six in four consecutive games, which is hilariously an NFL record).

Schaub is still Matt Ryan’s main backup in Atlanta and David has been retired for quite a while now. Many critics see Carr as one of the worst draft busts in NFL history, knowing his status as a number 1 pick, and by all tried and true definitions, he is. But would any QB have thrived under the circumstances Carr was thrown into? Few would. The thing that stings a bit for Texans fans? Plenty of Pro Bowlers were in this 2002 draft. Julius Peppers, Roy Williams, John Henderson, Dwight Freeney, Jeremy Shockey, Clinton Portis, and of course, Hall of Famer Ed Reed. At least Joey Harrington had an equally shitty if not a shittier career. 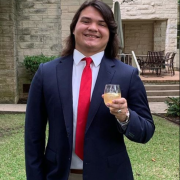