Pittsburgh Steelers head coach Mike Tomlin lashed out against the NFL officiating following his team’s 41-17 win against the Atlanta Falcons on Sunday.

Tomlin was asked about linebacker Bud Dupree’s face mask penalties during the game, and Tomlin said that the calls looked legitimate, but then chose to speak out against the officials in other areas.

“But some of the other stuff, man, is a joke.  We gotta get better as a National Football League.  Man, these penalties are costing people games and jobs.  We gotta get ’em correct.  And so I’m pissed about it, to be quite honest with you.” – Mike Tomlin

Tomlin, a member of the NFL’s competition committee, might feel that he has a legitimate beef with the NFL’s new officiating trends, but does he actually?

According to NFLPenalties.com, he doesn’t.  Through 5 weeks, the amount of flags thrown in the NFL has actually gone down.  1086 in 2017 compared to 1072 in 2018.  Bare in mind, this is without counting the penalties for Sunday Night and Monday Night Football, but regardless, the numbers aren’t staggering.

I myself have felt like the amount of penalties in the NFL has increased exponentially, but the numbers just don’t back it up.  Why do we feel this way?  It can’t just be all in our heads.

I think one of the key factors in many feeling like the flags have been flying everywhere is due to, in part, the terrible changes to the “Roughing the Passer” penalties, which I have written about. https://prosportsextra.com/nfls-competition-committee-to-discuss-roughing-the-passer-rule/

Another reason could be that the penalties have lacked consistency.  Every play it seems that players are looking to the official to make sure they didn’t get flagged for something.  Players are playing the game scared.  Not of getting hit or injured, but of getting a penalty that may result in a fine.

The NFL MUST address this.  These players need to be comfortable while playing this very dangerous game.  Defenders have to be able to trust that the NFL cares about their safety as much as the offensive members.  Without that level of trust, the NFL is going to continue to have growing problems.

The quote is true, and I’ve heard it most of my life.  No matter the sport, when the officials start dictating the game, the competition is harmed as a result. 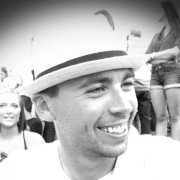 3 Teams That Should Trade For Jimmy Butler

Tre’davious White Out for Season With Torn ACL