Kevin Owens is a really, really good person. Who knew?

On February 27 of this year, KO tweeted a video of himself – though this time, at least, it wasn’t in the interest of self promotion and it wasn’t to further advance an angle or story-line. In fact, besides what he does for a living, it didn’t even have much to do with professional wrestling. Instead, Kevin explained that the proceeds he receives from the revenue created by the sale of his newest t-shirt – a black shirt, with a gray text box (for lack of a better term) with the words, “Just Keep Fighting,” emblazoned upon it in black and red block lettering – will go directly to one of two mental health advocacy charities – one located in the United States and one based out of Canada.

Owens stated that when he began using the phrase on twitter recently, he received a lot of feedback saying that the phrase really spoke to a great many of his fans. Folks battling with their mental health or dealing with the hardship and stress of illnesses (their own or of others close to them), in particular, went out of their way to tell Kevin how much the phrase meant to them.  After a quick discussion with his wife, the (now) venerable KO decided that all of the money he made from the sale of that particular shirt would be donated to two mental health advocacy groups – the Canadian Mental Health Association and the National Alliance for Mental Illness

, based out of the United States.  He relayed that, “everyone can benefit from better mental health,” and that his decision to give back to the fans came from the overwhelmingly positive feedback he received from those very fans – many of whom just so happened to be struggling with their mental health.

If you read my first article for Pro Sports Extra (Psych Ward SmackDown), you might understand how much a gesture like this means to me. While I am disappointed that the news of Owens’ selfless act took several days to reach my awareness (just a small, personal gripe with society, don’t worry about it), I was beyond impressed when I did find out. I have always been a Kevin Owens fan – mostly because of the intelligence with which he speaks and carries himself.  That intelligence is once again on display, as in his endeavor to give back to his fans, he found a cause that resonates quite a bit with diehard and casual fans of the business, alike. Poor mental health is far beyond epidemic status in the world today (though, we sweep it under the rug as much as is humanly possible), so Owens could not have picked a more deserving cause.  According to the American Psychological Association (APA) , suicide is the second leading cause of death amongst 10-34 year olds in the United States. In fact, since 1997, the overall suicide rate has skyrocketed 33%! Those are two very startling facts – facts that I am willing to bet you didn’t know prior to reading this article.

Unfortunately, there remains a very unpleasant stigma associated with mental health issues (which I will explain in a moment) Depression, anxiety, substance abuse – all of these are scientific disorders as valid as diabetes when considered in clinical terms.  Yet, still, especially with adult males, admitting to having poor mental health is still considered by many to be taboo or “weak.” From birth (until perhaps recently), men have been urged by their (inadequate) role models to “suck it up,” “deal with it,” – you get the picture.  However, there is not a soul on earth who would tell someone afflicted with diabetes to forego their insulin and just, “get it together.” When I say that they are categorized similarly in clinical terms, I mean that both depression and diabetes are the result of chemical imbalances in the body.  Certain traumatic events can cause these chemical imbalances to happen more rapidly, but the fact of the matter is: it’s science. It’s chemicals. Some people are born with a “predisposition” (meaning likelihood, i.e. “it runs in the family”) to being affected by mental disorders, as well, and do not necessarily need a “reason” or “cause” to explain their perpetual sadness. They merely have a “chemical imbalance.” It’s not “toughness” or “weakness” that decides whether or not we are depressed. Thousands upon thousands die by their own hand each and every year because the embarrassment they feel when discussing their sadness and extreme discomfort is simply too daunting.  They fear that their social status will be negatively affected, so they opt to end the pain by taking their own lives, rather than seeking medicine or therapy that would help them see their way through their troubles. This is called a “negative stigma.” The organizations that Owens is donating to help to break this stigma by spreading awareness, among other things, so that folks suffering from a disease actually seek help, rather than deny it and wither away from the inside out or simply just kill themselves.

So, for a universally acclaimed, multiple championship winning superstar like Kevin Owens to not only speak to the existence of the condition, but offer up his hard earned money – money that could be going to his children’s college funds, a new addition on his home, etc. – to combat and raise awareness of mental health, in general, is very, very, very big and very, very exciting for the movement.

To purchase a “Just Keep Fighting” t-shirt and help support Kevin Owens’ effort to assist a couple of the leading mental health related organizations in North America, you can go here. I know I’ll be supporting the cause.  Hopefully, you will, too! Take care of yourselves and one another, folks.  Kevin Owens is doing his best to make this world a better, warmer, more caring place.

Maybe, the rest of us can follow suit and make a difference, as well. 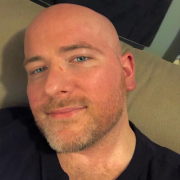 Independent Promoter: A Day in the Life

The Coolest Kid In School: Why Matt Riddle Should Be WWE’s Next Megastar

Independent Promoter: A Day in the Life

The Coolest Kid In School: Why Matt Riddle Should Be WWE’s Next Megastar

This Tom Brady for Jimmy Garoppolo Rumor Isn't All That Crazy...