For the first time in NCAA Tournament history, a #16 seed has beaten a #1 seed. Virginia was absolutely beaten down by a scrappy UMBC team 74-54, destroying brackets for millions across the country, including myself.

And a few others as well:

Virginia seemed completely flat the entire second half. I can’t believe that the #1 overall seed in the tournament could show such little fight in a game that really was all but over with five minutes to go in the second half. No one wanted to defend, no one attacked on offense, and it was an absolute disaster for the program.

Twitter of course went absolutely berserk towards the end of the game:

If UMBC pulls off the upset, it wouldn't be the first time Retrievers surprised everyone pic.twitter.com/824dKMnPjf

More stats will be provided later, but the biggest upset in tournament history is here. Welcome to March Madness! 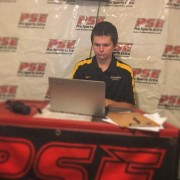 Penn State Is Absolutely Buzzing, The White Out Game Is Cemented In Legacy

DJ Graham Has The Best Catch We Have Ever Seen