I’d like to start this by saying fuck Herb Dean.

Earlier tonight Herb called a fight, this fight happened to feature an underdog who displayed the most hart that I and many other UFC fans have ever seen. Sugar Sean O’Malley was the favorite in the match, and was clearly on a different level compared to his opponent, Kris Moutinho.

Moutinho, what a fuckin king. Start calling him Young lion, because he is such a beast. he took 230 hits!!! he stayed on his feet, always moving forward, and putting pressure on O’Malley. O’Malley had a historic fight connecting 80% of his hits(A NEW Record), but it was against a man who was in his UFC debut, AND he only got 11 days notice.

HERB, the piece of shit that he is, called the fight with 27 seconds left. After all the heart that Moutinho showed, let him finish the fight, he’s still standing strong, he’s taking the same hits he’s taken all night, why stop it now?! 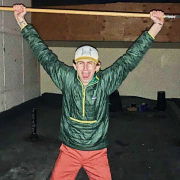 BREAKING: Tiger Woods Is Back

@Keith_McPherson Is The Upcoming Sports Radio Star To Watch