Hang on a moment before you start pissing and moaning!

– Yes, I know the show wasn’t perfect.
– Yes, that was the wrong Hardy Boy they put on TV.
– Yes, Daniel Bryan vs Cesaro should have gone on for longer.
– Yes, I would have prefered to have seen the Daniel Bryan vs Drew Gulak match aired for free on Smackdown’s 2nd highest viewed episode in a while.
– Yes, there was no need to put ad-breaks on in the middle of matches. This resulted in the wrestlers ceasing their work during said breaks. This is a decade-ingrained habit that I don’t expect to change overnight, sadly.

These are all perfectly acceptable arguments for why this show wasn’t the best thing ever. However, seeing WWE making the most of a shitty situation deserves a little attention bringing to it; I take enough shots at their #BadCreative.

Despite the cause of this drastic change to the show being that of a serious and tense nature, WWE managed to put two negatives together and produce a positive result. Thankfully, the whole endeavour felt a lot more natural, laid back and, brace yourselves…fun!

Who knew Triple H and Michael Cole could have enough chemistry to be entertaining? Not me! I didn’t see it coming. I love being pleasantly surprised.

To be honest, Triple H was on form throughout most of the show. He opened the doors and welcomed us from the balcony-bit, then sat down and commentated with Michael Cole. He mucked around with the camera for a segment, then assisted Mojo Rawley (and his disgusting pyjama-suit) in assaulting Michael Cole. Then he even took the time to take the piss out of internet rumours about his “demotion”, before taking a black marker and drawing on Michael Cole.

Although Jeff Hardy was on the show and got the better of Baron Corbin in his return, we immediately addressed Jeff Hardy’s drink-driving and general lack of professionalism. I think we’re on Jeff’s “it won’t happen again” attempt number 42 now…

We were also given passionate (studio wrestling-esque) promos by Roman Reigns and John Cena. The latter’s being interrupted by Bray Wyatt showing us why so many people praise his mesmerising monologues and scintillating psychology.

WWE caught me off guard there with some good wrestling, well played!

AEW’s ability to debut people is simply abysmal. With the exception of Jon Moxley

and Jake Hager, I have always been left either underwhelmed or dumbfounded at AEW’s introductions of wrestlers.

Lance Archer is the most recent victim of this. His story is that he is “the client” of Jake “The Snake” Roberts. Viewers discovered this one week after Roberts announced that someone was on their way. Speculation was already running wild thanks to AEW being incapable of keeping their mouths shut regarding talent signings and posting potential storyline spoilers on social media. They didn’t attempt to draw it out with Roberts on the phone in the crowd for a few weeks, keeping his client a mystery while he’s getting all the pieces into place. Anyway, the “big reveal” consisted of Archer and Roberts walking through the crowd and taking a seat together during a match. </yawn>

Jeff Cobb’s debut seemed rushed and unprepared too. He was unveiled as an ally of Chris Jericho early into an episode of Dynamite. A little later, a video package was shown to help familiarise folk with who Cobb was. Finally, at the end of the show, Cobb ran out to help The Inner Circle beat up someone that had already been subjected to a group-beating. The following week he failed in his “assassin role” set by Jericho after being pinned by Jon Moxley.

Our first encounter with The Butcher, The Blade and Bunny was just a cluster-fuck. It’s one thing for the live crowd to appear baffled at strangers ambushing known talent. But when Excalibur (the individual that’s supposed to be “in the know”) was barely doing half a job in telling us who we were looking at, it was embarrassing.

In a similar manner, The Dark Order swarmed the ring and confused everyone with their introduction. Another reaction that I’m guessing Tony Kahn and co. were expecting to be grander; the curse of knowledge strikes again.

Brandi Rhodes‘ short-lived faction The Nightmare Collective was nothing more than a vanity project for the aforementioned Dollar-store Stephanie McMahon. Brandi was more recognisable than everyone she recruited and when it came to the unveiling of her apparent icing on the cake, Luther, the whole thing fell flat on its face and down a flight of stairs.

Last, but not least. Shawn Spears made his debut in the Double or Nothing Casino Battle Royale. In spite of Spears being one of the more talented guys in the entire match, he was swallowed up in a sea of cheap pops and childish yuks. Even now he’s resorting to asking the internet to find him a friend/tag-team partner. What a sad example of bad wrestling. 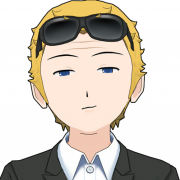 March 15: On This Date in Sports

Breaking: Ryan Tannehill Has Agreed To A New 4 Year $118M Contract With The Titans, Brady Isn't Going To Tennessee