Podcasting has ballooned in popularity in recent years. From being a niche form of media, to now pressing along the edge of the mainstream as a platform many have used for their content consumption and has created hundreds of careers for people using podcasts to their advantage. From major news outlets, to celebrities, to Joe Rogan, to PSE, to the Small-Midsize Pods, and even the hobbyist podcasting has found a home and isn’t going anywhere soon.

Of course, with thousands upon thousands of podcasts being offered, it’s tough for those starting out or those looking to spice the feed up to know where and who to start listening. I figured by giving some of my daily listens out, it might help people out in finding an initial place to listen. Being the neutral blogger I am, although they are totally awesome and you should totally give them a listen and follow, I have left out any podcasts by PSE or Barstool Sports. With that out of the way, let’s dive into (in no particular order) my four.

Words can do this podcast, and it’s host,  little justice. When I finally bit the bullet and started up episode one, I was hooked instantly. Listening to Ross over these past months has been an extraordinary experience, from episode one now up to episode 190 I wouldn’t trade a single second of it for anything else. I can almost liken this podcast to Majin Buu, in that whatever topic Ross and AJ (with distinguished guests on occasion) cover they now claim their podcast to be of that topic haha. From mental health, to Ninjas, to addiction, to crazy hotline calls, to Chipotle Napkin raids, to “Serial Killers You Haven’t Heard Of” to Ross’ alter ego Ron Bowler I can guarantee this show has elements of everyone’s interest. If this sounds interesting in the SLIGHTEST, download a couple of episodes and check it out. I believe episode 70 is the cold open which makes for a great intro encapsulating what the show is all about. Also yes, that is his actual mugshot as the logo. It’s a great story actually.

Circling Back, reborn from the former Touching Base Podcast by Grandex Media, is hosted by Dave, Dhillon, and Will who are all best buds and together make a rather entertaining podcast. Similar to how RBP works, they work usually on a topical basis (taking current events and stuff like that) however a lot of the content is viewer generated through voicemails, listener questions, or even what happens in their personal lives off-mic. The running gags they have throughout the show are always entertaining, and through their mastery of the craft they never get old regardless of how many times it happens. Their steam room bit is one of my favorites, right up there with the running gag of Dhillon hitting it with the sorority chicks. Give this podcast a listen, and you’d be hard pressed to be disappointed.

While Circling Back is a trio, Will also hosts his own podcast in addition which Sunday Scaries. Marching to the beat of a different drum than circling back, Will’s atmosphere that he sets with this podcast is one of a log cabin study, fireplace on with a light crackle, on a winter’s night. The jazzy intros to each episode, transition, and conclusion only help cement that atmosphere. Will’s mission with this podcast is to help us all through the phenomenon which is Sunday Scaries, something me personally have felt but could never put a name to until I found the podcast. Whether it’s panic room essentials, the ten commandments of brunch, trimming the wicks of your scented candles, or one of his interviews with interesting people from interesting backgrounds there is something you can take away and have learned from every episode. Every Monday morning I wake up I look forward to downloading the latest episode and listening to it on my commute to work. Not sold yet? Each episode, with the exception of the interviews, are under 15 minutes. With a time like that, why wouldn’t you give it a couple episodes?

In the same way I look forward to my Monday mornings because of a new episode of Sunday Scaries, Internet Party is the other podcast I accidently awake for Monday mornings for my fix. However, the two couldn’t be further than each other in both content and atmosphere. Remember that log cabin I likened Sunday Scaries to earlier? Well if Internet Party decided to throw a fat rager in it, empty the wine cellars, burn the encyclopedias, clog the toilet, and crank in the corner. This does NOT mean it’s a bad podcast (I mean why would it be on this blog of “Four of my Favorite Podcasts” if it were the case) rather it’s one of my absolute favorites. Brad and Duda, the hosts, go way back to their collegiate years (maybe earlier actually) as friends and so the show has that long-friend dynamic to it. Not to mention the synergy between them is amazing. I cannot recall how many times I either had to lower the volume on my phone or suffocate holding my laughter in because Duda says something funny, and a bit appalling, with the imaginative look of horror on Brad’s face. From Crank Corner, to “okay, this is epic”, to “Is it Problematic?” this podcast will keep you hooked forever if you’d let it. 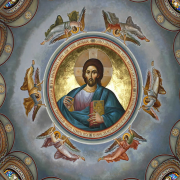 KFC (Kevin Clancy) Is A Complete Idiot (In matters of History, and Serbia)

KFC (Kevin Clancy) Is A Complete Idiot (In matters of History, and Serbia)

Fortnite and Borderlands Are Uniting For One Wild Crossover Today