Ravens QB Joe Flacco is going under concussion protocol after a brutal cheap shot by Dolphins’ Kiko Alonso while he was sliding. He was taken to the locker room immediately after the brutal hit, causing a shoving match between numerous players, which even involved Ravens head coach John Harbaugh, who was seen screaming at Alonso for the hit. 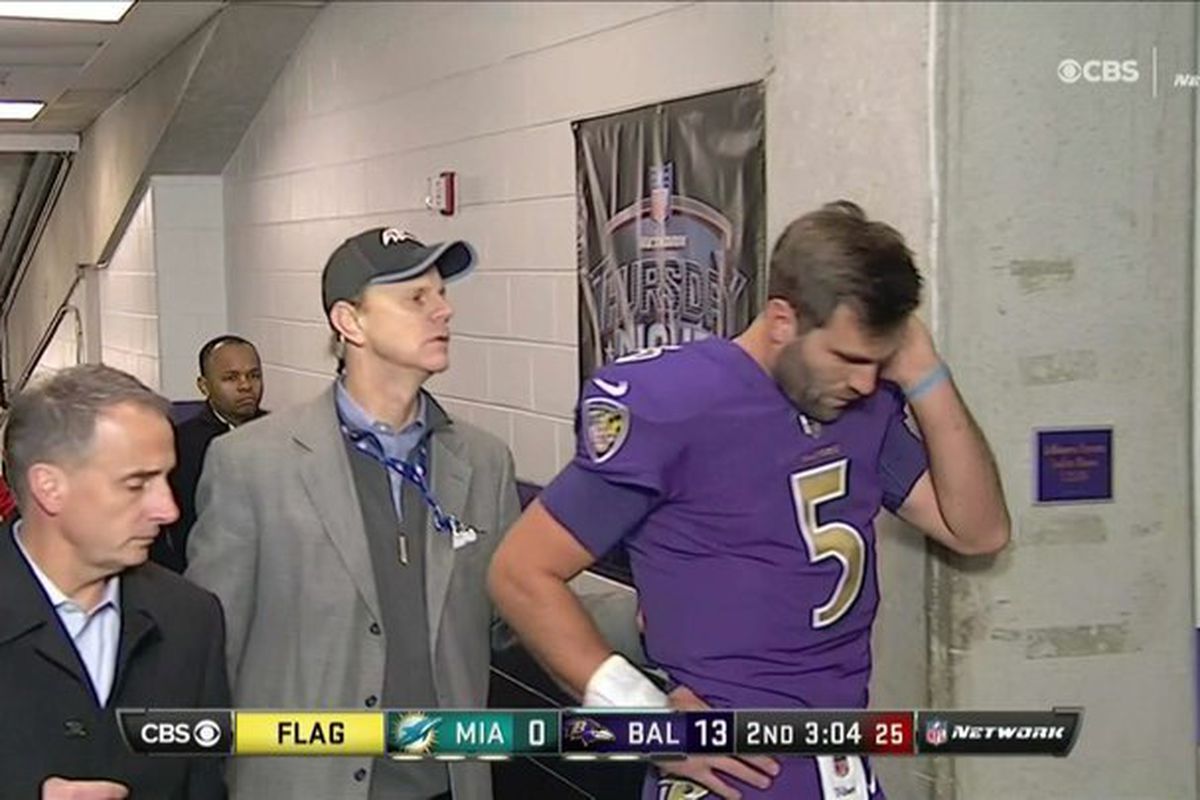 The brutal cheap shot by Dolphins’ LB Kiko Alonso is below:

As you can see, Flacco is clearly on the ground, and the play was basically dead, and Alonso not only didn’t hold up, he lunged at Flacco, almost trying to take his head off. I honestly think that he should have been called for targeting and ejected, or that he should get suspended for a game after this cheap shot is reviewed, but we want to hear from you! Was the 15-yard penalty enough, or will Alonso face more serious punishment after the game? Let us know in the comments below!

Stephen A. Smith Says JR Smith Wearing A Hoodie Could Give Trayvon Martin Flashbacks?
Texans’ Hopkins No Show At Practice Over Bob McNair’s Comments
To Top