ESPN (the worldwide leader in sports) absolutely sucks! Season after season we are subjected to the most painfully boring and total shit show every Monday night.

Last nights MNF broadcast for Bears @ Steelers may have been the worst ESPN has produced yet. Longtime SportsCenter and play by play guy Steve Levy had an absolute abysmal night in the booth last night. Brian Griese was a total dumbass most of the night as well, but we’ll get to him in a bit.

In the first half of the game last night, Steve Levy was talking about Najee Harris and his struggles growing up homeless. Levy rambled and rambled, going on to say that Najee Harris was so used to growing up homeless, that when he got to Alabama and received his dorm, he slept on the floor every night because “It felt more like home.” Levy was obviously talking out of his ass and trying to dramatize the story because that’s what ESPN does. I mean they are owned by Disney, so maybe he was trying to pitch a “Blindside” like movie to his bosses.

After the game Najee took to Twitter to call out Levy and his fake news. Well done Najee. ESPN is always trying to dramatize everything and quite honestly, are downright preposterous most of the time. Let’s look at a couple past examples here:

Imagine putting these graphics up about these guys on the biggest night of their lives, the NFL draft. Absolutely wild.

Back to last night’s MNF broadcast. With 1:46 remaining in the 4th quarter, the Bears scored to tie the game at 26 and were an extra point away from taking the lead. Brian Griese was clearly not watching the same game as the rest of us, as he kept saying that the Bears should go for 2. Wait, what?! Meanwhile, Louis Riddick who I usually find to be insightful, said about as many words during the game as I did while laying on the couch watching by myself.

ESPN continues to screw everything up time after time, but it’s not very surprising coming from a company who thought putting Booger McFarland on a big ass flying cart during games was a good idea. 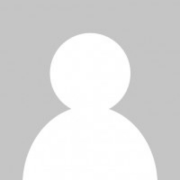 Lebron In Health And Safety Protocols, Out Tonight vs Kings

Lebron In Health And Safety Protocols, Out Tonight vs Kings

This Is The Best I've Felt About My Football Team After A Sunday.... (I'm A Lions Fan)