This years Draft was one of the worst in recent memory.  I believe teams got to caught up in trades and missed out on a lot of good players.  That being said here is my grades for every team in order from best to last. 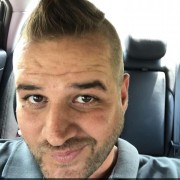