The only way the Kansas City Chiefs are going to win a Super Bowl is if Patrick Mahomes is their quarterback. This off-season is going to bring a lot of attention to the Chiefs, in which they are able to offer Patrick Mahomes a contract extension.

This will not only be a normal contract offer, but this very well may be the highest-paid player NFL history. A lot of rumors are going around the league that Mahomes may be offered a contract from the range to 40-50 million dollars. Not only do I think he deserves that, I think the Chiefs would be wrong to not pay him a big deal.

I fully expect Mahomes to be offered the max deal available. He has shown that he is one of the best players in the NFL, and I know for sure Clark Hunt knows that. Kansas City wants to keep him in a Chiefs uniform for as long as possible and I can see this happening this off-season after he has a chance to play in the Super Bowl. 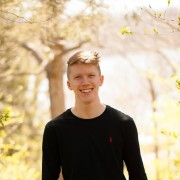