“The NBA’s Back”. Those were the final words from Adrian Wojnarowski’s twitter storm just moments ago. According to the ESPN insider, the league has finally come to terms on how and when the league will resume play this season.

The resumption of the NBA will consist of a shortened regular season of eight games, before conducting their usual (as usual as anything can get under these circumstances) 16-team playoff. The games will all be played at ESPN’s Wide World of Sports complex in Orlando, Florida. The continuation of play will start on July 31st, with the NBA Finals taking place sometime around the start of October.

As noted by Ghost Insights, every team will get the chance to finish their season though. The league’s restart will include just 22 of the 30 teams. 13 from the Western Conference, and 9 from the Eastern Conference. Joining the 16 current playoff teams will be the New Orleans Pelicans, Portland Trailblazers, Phoenix Suns, San Antonio Spurs, and the Washington Wizards.

To give the teams currently outside of the playoff picture a fair shot at making the postseason, the NBA will also hold a play-in tournament between the 8th and 9th seeds should the gap between the two squads’ records be less than four games. In this proposed method, the 9th seed would need to beat the 8th seed two times in a row to take their place. If the gap between the 8th & 9th seeds is larger than four games at the end of the regular season, the league will forego the proposed play-in tournament and the 8-seed would go straight into the playoffs.

The NBA’s Board of Governors will meet at 12:30 PM tomorrow to ratify the proposal. 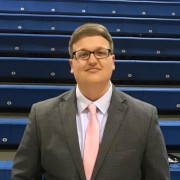 Looted an iPhone or iPad? Don't Buy or Try to use!

Benefits Of Placing Kids Soccer Goals In Your Backyard

These refs have to be rooting for the Bucks