I think it is safe to say that we have all now seen Marvel’s Avengers: Endgame. If you haven’t, I feel sorry for you and your sad life. Get out from under the rock, man. While writing my last blog about missing the glory days of high school football, I was also hearing a conversation about the re-release of Endgame. Thoughts swirled, as they are known to do, and I thought, with minicamps and OTA’s in full swing, “What if Thanos had challenged The Avengers to a regulation football game at a local high school? What would that team look like?”

We will cover the offense now and the defense in the next blog, followed by the coaching staff. And remember, this is on a high school level, some of our heroes will play both ways. So here we go…(Naturally, I’ve taken the liberty of including any hero I felt necessary from any of the 22 films. It’s. Movies. They could easily concoct a story line to bring back Quicksilver.)

QB: “Hawkeye” Clint Barton- No Brainer here. His accuracy is unparalleled. His vision is incredible. Maybe a bit of a head case when his family is involved, but we can work with it with the raw talent he has.

RB: “Quicksilver” Pietro Maximoff- Blinding Speed. Grace. Agility. Lightning quick reflexes. Easily a HOFer. I feel injuries could play a part here, but the MCU is pretty vast. Look for “Ant-Man” Scott Lang to be a solid back up here with his ability to get through small gaps.

FB:”Professor Hulk” Bruce Banner- Smarts, but still a tough dome on the kid. Not afraid to lead the way through any gap, and I DARE to try to stop him inside the 5 yard line. Coach will run smash plays. All. Day.

WR: “Black Panther” King T’Challa- Good speed. Tough across the middle. Absorbs impact great which will greatly help YAC. Great hands, and the claws can only help snag anything he goes up for.

WR: “Falcon” Sam Wilson- Anthony Mackie is listed at 5’10” so we are definitely looking at a slot receiver here. As he proved in Captain America : The Winter Soldier, He has good stamina. He can also be a deep threat despite his height, thanks to his wings, giving him the ability to easily go up and get any ball thrown his way.

TE: “Captain America” Steve Rodgers-I’m sure everyone was thinking “quarterback” for Cap due to his leadership, but come on… Just look at him. He screams All-American Tight End. The parted hair, the build, good speed, great strength, if you have ever seen him catch a shield, then you know he has sure enough hands for bullets coming over the middle. Steve Rodgers even screams “1940’s Tight End.” He wears the “C” for this team.

LT: Thor Odinson- Let’s be honest, this is long hair Thor. Bringing that Bakhtiari flow to the blind side, along with strength, and the ability to never get beat thanks to help from Mjolnir. The man is electric. Zero sacks allowed.

LG: Drax The Destroyer- The man just has a mean streak you want out of your interior linemen. A little dumb, sure, but try to get to his QB without getting stabbed.

C: “Iron Man” Tony Stark- Hear me out here. Yes, Tony could probably play any position on the field, and is easily the smartest man out there, but with his suit, and his intelligence, I see perennial Pro Bowler Center. No doubt he blasts anyone even thinking of leaving the second level.

RG: “Man-Ape” M’Baku- Again, just a good solid mean streak. He is still learning the team mentality, but he’s as nasty as they come inside.

RT: Groot- Great length. Buries himself in the trenches. Really branches out to create a solid pocket. A little stiff at times, but best option available. 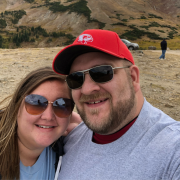