Last year’s Alabama Crimson Tide roster was absolutely loaded – they had a record breaking season from an eventual Heisman trophy winning wide receiver, Najee Harris and Mac Jones were both first round picks, and they didn’t lose once en route to yet another National Championship.

Nick Saban’s squad entered this season at the top of the national rankings, but there were certainly question marks surrounding the Crimson Tide this fall. They lost a plethora of talent on both sides of the ball, including their star quarterback, and there were definitely those who were unsure about how quickly this team would jell together.

All question marks about Alabama’s legitimacy should be put to rest rather quickly – they’re still the best team in the country.

Squaring off against No. 14 ranked Miami before heading to Florida in a few weeks and ultimately kicking off SEC play, the Crimson Tide dismantled Manny Diaz and the Hurricanes at home, winning their opener (FINAL SCORE) in dominant fashion.

Honestly, it wasn’t even the fact that Alabama won this game that should have everyone convinced that they’re still the top dogs – it’s how they did. Sophomore quarterback Bryce Young looked absolutely incredible, breaking the school record for most passing yards (344) and passing touchdowns (4) in a season opener while finishing the game 27-of-38. The arm strength, talent, and athleticism for Young resembled that of his former Crimson Tide quarterback predecessors.

The weapons for Alabama were, as you can imagine, rather dominant. Junior wide receiver Jameson Williams starred, catching four passes for 126 total yards, including a 94-yard bomb touchdown from Young in the third quarter. His ability to work in the open field and speed on the outer half should lead to a monster season for Williams, especially if Young is firing on all cylinders. John Metchie III also showed well, catching six balls for 76 yards with a touchdown, and tight end Cameron Latu hauled in a pair of scores, too.

Running back Brian Robinson Jr. led this backfield in touches, handling 12 carries for 60 yards, while sophomore Trey Sanders touched the rock eights times and totaled 41 yards, scoring a touchdown in the process. Their offensive line played well for the most part as well, especially for a unit that was rather decimated by the 2021 NFL Draft.

Like it has since Saban’s arrival, Alabama’s defense dominated throughout. They made Miami quarterback D’Eriq King uncomfortable throughout, clogged lanes all day, and had a dominant goal line stand on the Hurricanes’ opening third quarter drive. The Crimson Tide’s defense picked King off twice and held him to 169 passing yards on 31 attempts. Perhaps the most impressive statistic was their ability to contain King in the running game, as the dual-threat ‘Canes QB managed just 10 yards on nine carries. There’s multiple top-60 picks on this defense, including a few that have a chance to really make themselves some money throughout the college season.

Given the offensive scheme, weapons around him, and always dominant defense, if Young can even play at a mildly above-average rate throughout the entire season, it’s going to be really hard for anyone to dethrone the Crimson Tide. 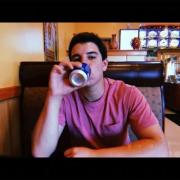 Denver Nuggets’ Bol Bol’s Girlfriend Has The Best Ass Of All NBA WAGS!

What Does Jim Harbaugh Need To Accomplish For Job Security?

Will Ryan Day Be The Next Head Coach For The Chicago Bears?