When the 2010’s started, no one would have guessed that this decade would be one of the best in professional wrestling history. In fact, when you just take match quality into account, this decade might be better than any other. However, it did not start that way. For the first part of the decade, WWE seemed to skate by, putting on a few phenomenal matches every year. This all started to change around 2012, when NJPW stars such as Kazuchika Okada and Hiroshi Tanahashi began to put on classic matchups, which soon gained the attention of the entire world. From then on, WWE was forced to raise its own bar and put out the best professional wrestling they could.

This change resulted in some of the best matches in professional wrestling at that time. Matches such as CM Punk vs. John Cena at Money in the Bank, Johnny Gargano vs. Andrade at NXT Takeover: Philadelphia, and Undertaker vs. Triple H from Wrestlemania 28 are still talked about as some of the best in history. But when matches like that get all the attention, there are bound to be some phenomenal matches that get left to the wayside. In an attempt to talk about some awesome wrestling, here are five, in my opinion, underrated WWE/NXT matches from the 2010’s.

To start off, I thought I’d talk about what I believe to be the best match from the Cruiserweight Classic. While this was not my favorite when it first aired in 2016, this match is the only one from the tournament that I go back and watch on a regular basis. While the match itself is phenomenal on its own, the entire package is completed with the perfect story and fitting commentary.

Heading into the tournament, The Brian Kendrick had something to prove. The last time Kendrick had stepped into a WWE ring was in 2009, when he was only 30 years old. Six years later, he returned as a seasoned veterans on the last leg of his career, looking for one more shot at glory. This tournament was not only his path to that glory, but his path to a full time return to WWE. After going through both Raul Mendoza and Tony Nese, Kendrick hit what would be his biggest challenge yet: one of the best wrestlers in the world, Kota Ibushi.

The Brian Kendrick KNEW heading into this match that he could not beat Kota Ibushi in the confines of the ring alone. Ibushi was younger, faster, and overall better than Kendrick. Throughout the start of the match, Kendrick looked for an opportunity to take Ibushi out of his zone. First, he attempted to coax him out of the ring, then he lodged his foot into the guardrail, but his real opportunity came when he was able to nail Ibushi with a neckbreaker on the exposed turnbuckle, injuring Ibushi’s already surgically repaired neck. From there, the match was neck and neck (no pun intended), and the two put on a clinic.

This match was made even better by the commentary of Daniel Bryan, a longtime friend of Kendrick, who threw being an impartial announcer out of the window and cheered for him throughout the match. It added even more emotion to the match, as it made Kendrick’s journey seem even more surreal. If you get the chance, I recommend watching the entire Cruiserweight Classic. If you only have time for one match, allow this to be that one.

Evolution vs. The Shield in an Elimination Tag Team match, Payback 2014

In 2014 (and for many years after that), it seemed that anything The Shield touched turned to gold. In the first half of the year, The Shield put on three insane six man tag team matches: one with The Wyatt Family and two with Evolution. This match tends to be the less talked about of the three, despite it being, in my opinion, the most important.

This was the match where I first realized that The Shield was a stable full of stars. While their other performances proved their in ring capabilities, this match is the one that, while watching in, gave me the big fight feel I got when I saw people like The Undertaker and John Cena compete. It felt like I was watching six former World Champions battling out, even though only three members of this match had held a World Title, and none of them were Shield members. While I began to notice that these guys were stars in this match, it quickly became abundantly clear that was the point.

It is hard to explain this match without giving away too many details of it, so I won’t try to. What I will say is this was the turning point for The Shield. The next night on Raw, Seth Rollins betrayed Roman Reigns and Dean Ambrose and joined The Authority, effectively splitting up The Shield. This allowed all three members to go out and be stars on their own, which was a huge risk for WWE. They knew The Shield was a draw, but the question remained, would letting them attempt to be stars separately pay off? It did in spades, as two years and some change later, all three members of The Shield would be current or former WWE Champions.

At the start of 2019, the NXT brand was hotter than ever. The roster was stacked with some of the best talent in the world, and for the first time in a long time, WWE was attempting to tell compelling long term stories. To capitalize off the success of the brand, WWE brought back Halftime Heat, an event that ran during the halftime of the Super Bowl. The first Halftime Heat took place twenty years prior and featured two of wrestling’s biggest stars, The Rock and Mankind, in an Empty Arena match. This time, it featured the stars of tomorrow.

This incredibly fast paced match-up was, and still is, a perfect introductory match for each of these men. Throughout the match, each individual competitor was able to hit their signature moves and show their personality, something that normally isn’t able to happen in a quick 6 man tag team match. Once again, I can’t speak much on this match without giving a lot away, but if you want a fast paced match with six future potential World Champions, this is the match for you.

Seth Rollins vs. The Miz for the Intercontinental Championship, Backlash 2018

When you think of The Miz, you don’t exactly think about great matches. Up until 2016, The Miz was having mediocre performance after mediocre performance in ring, but was continuously featured on television in a featured spot. All of this seemed to change when he faced Dolph Ziggler for the Intercontinental Championship at No Mercy 2016, and put on the best match of his career. Well…one of his best matches. If you were to ask me, his best match took place two years later at Backlash 2018, when he faced Seth Rollins for the Intercontinental Championship.

It started off slow, but began to pick up about halfway through. In the middle of the match, Rollins injures his knee when he accidentally knees the ring post, and The Miz goes to work immediately. Rollins sold the knee like a champ, potentially due to him knowing what a real knee injury feels like. And, despite having to sell an injury, Rollins and Miz were able to pull off some beautiful sequences, especially the finishing one.

Sadly, this match is often forgotten about due to the event it took place on. Backlash 2016 felt thrown together, as it was an event after a Superstar Shakeup. And, in all honesty, the event sucked. People even began walking out of the arena during the main event between Roman Reigns and Samoa Joe. Believe it or not, this match opened the show, and set the bar very high for a show that could not follow it.

This match is one of my top 5 favorites of all time. It’s amazing how a match that is this good can be underrated, but when you look at the circumstances it becomes more understandable. This match took place on the same event that Daniel Bryan defeated John Cena to win his first WWE Championship, only to be attacked by Triple H, leading Randy Orton to cash in Money in the Bank and steal the title away from Bryan. This event saw the start of The Authority and the road to Daniel Bryan’s triumphant title win at Wrestlemania 30.

With that to go up against, it becomes easy to be lost in the fold, but that does not change the utter violent beauty that is this match. Like he does with most smaller guys, Lesnar had unreal chemistry with Punk, and the two were able to put on a fight that was not only amazing, but believable. Let’s be real: if we saw a guy the size of CM Punk fighting a former UFC World Heavyweight Champion, we would expect him to die. That is unless there are no rules, and the small guy uses every trick in the book to take down the big man. That is exactly what Punk does. He uses weapons, nut shots, and other underhanded tactics to take The Beast down to his level. Couple that in with the fact Lesnar is accompanied to the ring by Paul Heyman, CM Punk’s former manager and friend, a beautiful story is told through a physical and violent match.

While this match will never get the recognition it truly deserves, this match truly lives up to every bit of hype you can give it. And, to anyone who believes Cena vs. Bryan was better..well, you’re entitled to your wrong opinion. I’ll leave it at that. 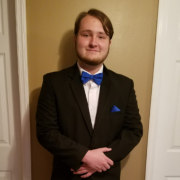 Auburn Coach Laid To Rest under Tree from Toomer's Oak

Jake Fromm Texts Leaked; Only "Elite White People" Should be Able to Get Guns