What’s up fam!  I’ve written a handful of articles on PSE within the last month, but I realized I never properly introduced myself.  So this post is to let you all in on why I am passionate about professional wrestling & the unique perspective I seek to bring in covering Sports Entertainment.

#1 Call me Jim Halpert, because I am breaking the fourth wall!

For those not familiar with the “The Office” actor John Krasinki is notorious for looking directly into the camera when a character (usually Dwight Schrute) does something completely ridiculous.  In doing this, he brings the T.V. audience closer into the story.  No longer does it feel like you are watching the plot unfold from your couch.  Rather, it feels like you are standing in the office yourself & Jim Halpert is looking at you and non-verbally saying, “Are you serious?”

This specific act has come to be referred to as the breaking the fourth wall.  The most famous example of this in the WWE is CM Punk’s Pipe bomb in the summer of 2011.  Phil Brooks (the man behind Punk) literally usea the phrase after he roasts Dwayne “The Rock” Johnson for being so good at kissing Vince McMahon’s ass.

Now I won’t be looking directly into any camera, seeing as this is the internet, and I’m blogging.  But in the spirit of breaking the fourth wall, I will seek to remove any barriers for the audience to connect with the true story that is going on in the WWE.

I want to look at elements of the business that might not be directly talked about on the program, but have a huge impact on the product.  So far I’ve covered inter-gender wrestling, announcers roles in creating a moment and DUIs of current superstars.  I can’t wait to cover more captivating content, so you can be in on the story too.

#2 Wrestling is about to enter another Golden Era

Monopoly is the death of innovation.  No, I’m not referring to the Hasbro game; I’m talking about when one business runs the show with no viable competition.  Since 2001, when WWE bought WCW, Vince McMahon has had no legitimate rival to force him to improve.  The “adapt or perish” mantra has been irrelevant for almost twenty years, because the WWE has been a global brand with too much of a head start for anyone to surpass.

Total No-stop Action (TNA), Ring of Honor (ROH), New Japan Pro Wrestling (NJPW) along with many other companies are have never landed the “punch” on Vince.  You could argue it’s because of lack of charismatic wrestling talent, competent booking/creative, or T.V. deals that these companies haven’t dethroned WWE.  But there is hope on the horizon…

All Elite Wrestling (AEW) will air on TNT starting in the fall.  They have proven charismatic stars from all over the world including Chris Jericho, Kenny Omega & Jon Mosley (formely known as Dean Ambrose).  They have Cody Rhodes, Dustin Rhodes (formerly known as Goldust) and Jim Ross handling everything from creative, to promoting to announcing.  They also have so many incredibly talented people who have not yet had the chance to win over the hearts of mainstream fans.

But most importantly, they have the freedom to try something fresh and draw new fans to the product as well as swing disgruntled WWE fans towards them.  AEW has been advertising their product in movie theaters at showings of “Hobbs and Shaw’ featuring the aforementioned Dwayne Johnson, and current WWE superstar, Roman Reigns.  If that is not a power move by the underdog, I don’t know what is.

Take a legitimate rival in the business and add the fact that Fox has signed a deal to air Smackdown on Friday nights on their main channel and now we are cooking!  No longer is a cable prescription necessary to view the WWE content.  Also, Fox is sandwiching WWE amidst it’s football content on Thursday, Saturday and Sunday and emphasizing it more as a “sport” than as “entertainment.”

I’m hoping that some people of the PSE community who haven’t tuned into wrestling since the Attitude Era will re-engage with the product in this exciting time.  I am here to help make that connection easier and more enjoyable for you all!

#3 To support an up-and-comer who is passionate about his craft!

We all know that guy who loves to brag about liking a band before they became mainstream famous.  It’’s fun to get in on something on the main floor.  Well, I’m giving you an opportunity to do that here with my writing.

This is my second writing gig for writing about professional wrestling.  My first was actually for Bleacher Report before they got big and started paying their writers.  See my work here:

I should have followed through with the wonderful lead and opportunity, but I didn’t.  Like most college kids, my level of commitment waned and unfortunately because of it, I missed their global explosion.

Well, I have a chip on my shoulder now & I won’t miss my opportunity twice.  I’m ready for another global explosion!  Who is with me?!? 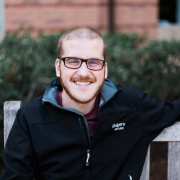 Today, I am not proud to be a fan of the WWE.

Today, I am not proud to be a fan of the WWE.

Watch: Is This Possibly The Weirdest Kick Return in Madden History?