According to Enrique Rojas of ESPN, the World Baseball Classic will not be occurring in 2021. The tournament was to be expanded to a record 20 teams and be held in Japan, Taiwan, and the United States from March 9th-23rd next year. Rojas also reports that since the MLB season is the priority, and the current bargaining agreement expires in December of next year, the WBC may not return until 2023.

Once the World Baseball Classic comes out with an official report, it will be included in this article. 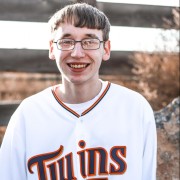 Is Sting Coming to All Elite Wrestling?

VIDEO: Alex Bregman & Others Buy A New Car and Home For Woman Who Lost It All @ABREG_1

Dillon, The Portland Pickles Mascot, Had a Little Too Much Fun During His Twitter Takeover

Longtime Mariners 3B Kyle Seager announces his retirement from baseball