It appears another individual who dismissed the coronavirus as an overblown affair is now paying the price for underestimating the potentially deadly disease. The New York Post is reporting that Florida rideshare driver Brian Hitchens and his wife were hospitalized after he initially dismissed it:

“I thought it was maybe the government trying something, and it was kind of like they threw it out there to kinda distract us,” Brian Hitchens told WPTV from his hospital bed.

“I’d get up in the morning and pray and trust in God for his protection, and I’d just leave it at that. There were all these masks and gloves. I thought it looks like a hysteria,” he added.

“They admitted us right away and we both went to ICU. I started feeling better within a few days but my wife got worse to the point where they sedated her and put her on the ventilator,” he said.

Hitchens appears to have changed his beliefs now that he’s faced the coronavirus first-hand and watched his wife’s condition worsen:

“Many people still think that the Coronavirus is a fake crisis which at one time I did too and not that I thought it wasn’t a real virus going around but at one time I felt that it was blown out of proportion and it wasn’t that serious,” he wrote.

“I thought it was maybe the government trying something, and it was kind of like they threw it out there to kinda distract us,”

Hitchens certainly isn’t alone. I discussed the various bat-shit crazy corona-conspiracies a few weeks back and for some people, they’re still skeptical about the disease’s severity. In fact, it wouldn’t surprise me if some people believe Hitchens’s story is a fraud or he was somehow deliberately infected with COVID-19. Nonetheless, Hitchens has this warning for skeptics:

“This wasn’t some scare tactic that anybody was using. It wasn’t some made-up thing. This was a real virus you gotta take seriously,”

With his wife gravely ill, Hitchens is confident about one thing:

“After 3 weeks I have come to accept that my wife may pass away and the peace I have about it is that I know without a shadow of a doubt that she will be going home to be with the Lord but I also do believe in miracles and I’m holding on to the chance that she may get healed but if not I am thankful for her I know we’ve been married for 8 years,”

Hitchens isn’t passing the buck either when it comes to how his wife got sick:

“Looking back I should have wore a mask in the beginning but I didn’t and perhaps I’m paying the price for it now but I know that if it was me that gave it to my wife I know that she forgives me and I know that God forgives me.”

I hope Mrs. Hitchens pulls through, but there’s no guarantee on marital bliss if she does survive, especially if she blames her husband for ignoring substantial warnings from a variety of health care experts. While it’s sometimes said that doctors bury their mistakes, I’d rather trust the experts than Johnny Fuqnuts posting memes about the coronavirus being a hoax or a government plot. 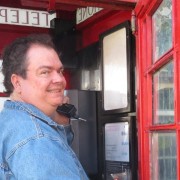 Dave Portnoy Breaks Down What's Going On With Call Her Daddy