During the summer of 2017, the Undisputed Era debuted in WWE’s NXT.  The group, consisting of Adam Cole, Bobby Fish, Kyle O’Reilly, and Roderick Strong, are indie darlings who all left ROH in 2017 to join WWE.

The Undisputed Era are essentially a group of smaller sized pro wrestlers who are known to hardcore fans for putting on five star matches. There is absolutely nothing mainstream or cool about them, but admittedly they do put on good, indie-style matches.

The group has yet to make it to Raw or SmackDown, but have been presented very strongly in NXT, which has a mix of new, developing talent and older, experienced talent.  NXT is a developmental-third brand hybrid for WWE.

The centerpiece of the group and the NXT brand itself is Adam Cole, who’s the current NXT Champion. It’s a puzzling move to keep Cole in that position, after NXT moved to USA Network and is now competing with Shad Khan’s All Elite Wrestling (AEW). If I had to describe Cole to someone who wasn’t familiar with him, I would say he’s a smaller, skinny adult male with long hair who looks like he would work at a Starbucks. While NXT is promoting Cole as the face of their brand, AEW is promoting mainstream star Chris Jericho as its world champion and face of the brand.

By that comparison, it’s no surprise that AEW is destroying NXT in the ratings. This past week on AEW’s weekly TNT show, Dynamite, Jericho introduced his new group, Inner Circle. Some may say Inner Circle is AEW’s answer to NXT’s Undisputed Era.

Inner Circle consists of Jericho, Jake Hager (formerly known as Jake Swagger in WWE), young standout Sammy Guevara, and Santana and Ortiz (formerly known as LAX in Impact Wrestling). Jericho did a great job introducing his group to the audience and explaining why they were important.

In one week, Inner Circle became the most must-see thing about AEW, while in two years I’ve yet to watch a single NXT show to see the Undisputed Era.

For all these reasons, Inner Circle is already cooler than Undisputed Era. More people are talking about them, more people are watching them. In fact, when you compare Undisputed Era to other groups within the history of WWE, considering how strongly they are presented, they are easily one of the worst factions in WWE history. 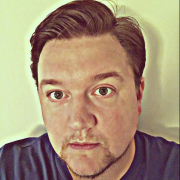 Brad Shepard Drops a Truthbomb on the #EndMensWrestling Movement

Brad Shepard Drops a Truthbomb on the #EndMensWrestling Movement

Triple H Returns to RAW and Randy Orton Challenges Him